.
A list of collections regarding my work and my agenda
DISCLAIMER
DUE TO THE TECHNICAL, YET TECHNICALLY ACTUAL DIFFICULTIES, some things need to be changed up - WORK IN PROGRESS. For the time being, check out my book.
Next Update: End of February/Start of March
.

Thinking about the state of this site I'm getting a bit of a headache. Most in the studies section isn't proof-read. 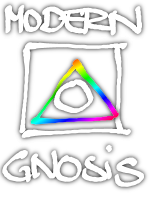 What you should know - after having come to this page - is that there is this thing I usually call 'Unification' because it more accurately expresses what this 'Enlightenment' is; Though I think it's a fair word to use.

Enlightenment
Enlightenment in this sense comes from a 'Unification with the all-encompassing Spirit' - in other terms described as 'entering the Nineness', giving a maybe more accurate or at least simplistic perspective on what happens.
The Nineness can be thought of as a state of mind, whereby the Eightness is the ordinary state of mind. Basically what you get born into. The world of senses and thought. This is derived from a "ladder" of 13 Seals, whereby each Seal corresponds to an experience that increases our understanding of the world. So, first you perceive that there is 'stuff', then you realize that 'stuff has shapes' - then it is possible to realize that 'stuff with its shapes can form structures'. So, those are the first three seals. Seals 1-8 are accessible to the "mortal mind".
The 9th Seal is the quintessential 'first' experience of God interacting with the human individual in this 'exclusive' way. Seals 10-13 are consequentially about the state of mind growing from there. The way to achieve this is a matter of 2 requirements and the knowledge of the words that need to be used to request this unity from the all-encompassing Spirit.
further reading.
//

are 'the Testimony' and 'the Gnostic-Dilemma'. These are merely concepts - though cognitive tools that I think are paramount to successfully navigate "the fields of ignorance and confusion" ... ignoring of the "why what's" for the time being.

The answer - well. How could you tell? ... But you might be shocked to learn that you can ask from God. Which is really the first "mythical thing" you, by my accounting, are supposed to accomplish. And yea - I'm ... Mormon~ish. Btw.. But that's the line. "I can only show you the path".